Allergic to cats? Take a Persian 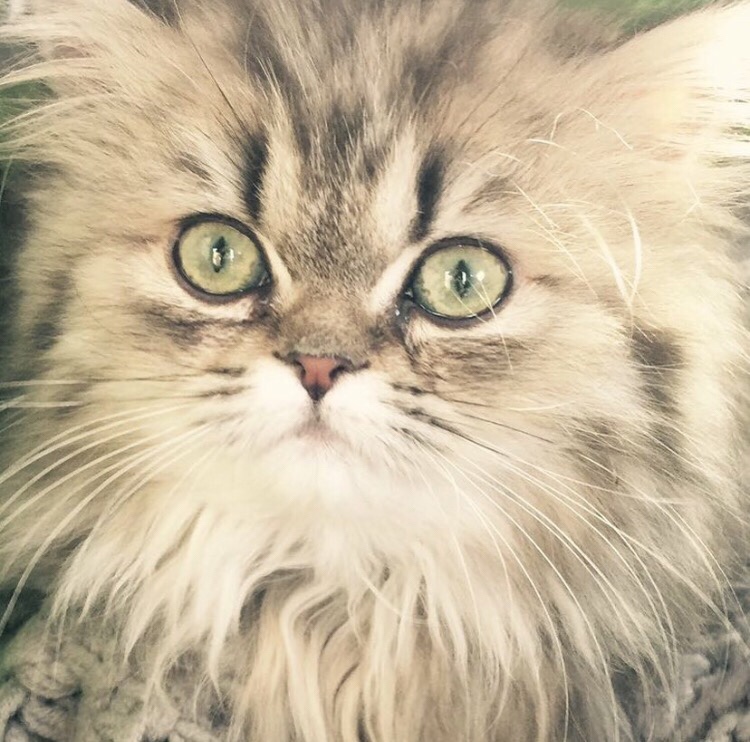 So as I told you in my very first blog: I came in my new family in January (2017). These people are really really nice and very sweet to me; too bad I can’t pet them. I am their second cat; eleven years ago (2007) their red cat Mickey died at the age of 18.

He was a European short hair cat and was bought on a local Belgium animal market in 1989 as a present for Celesta who first didn’t want to take responsibility for a cat at all. Later she was forced to take care of the little red head and it was all good. 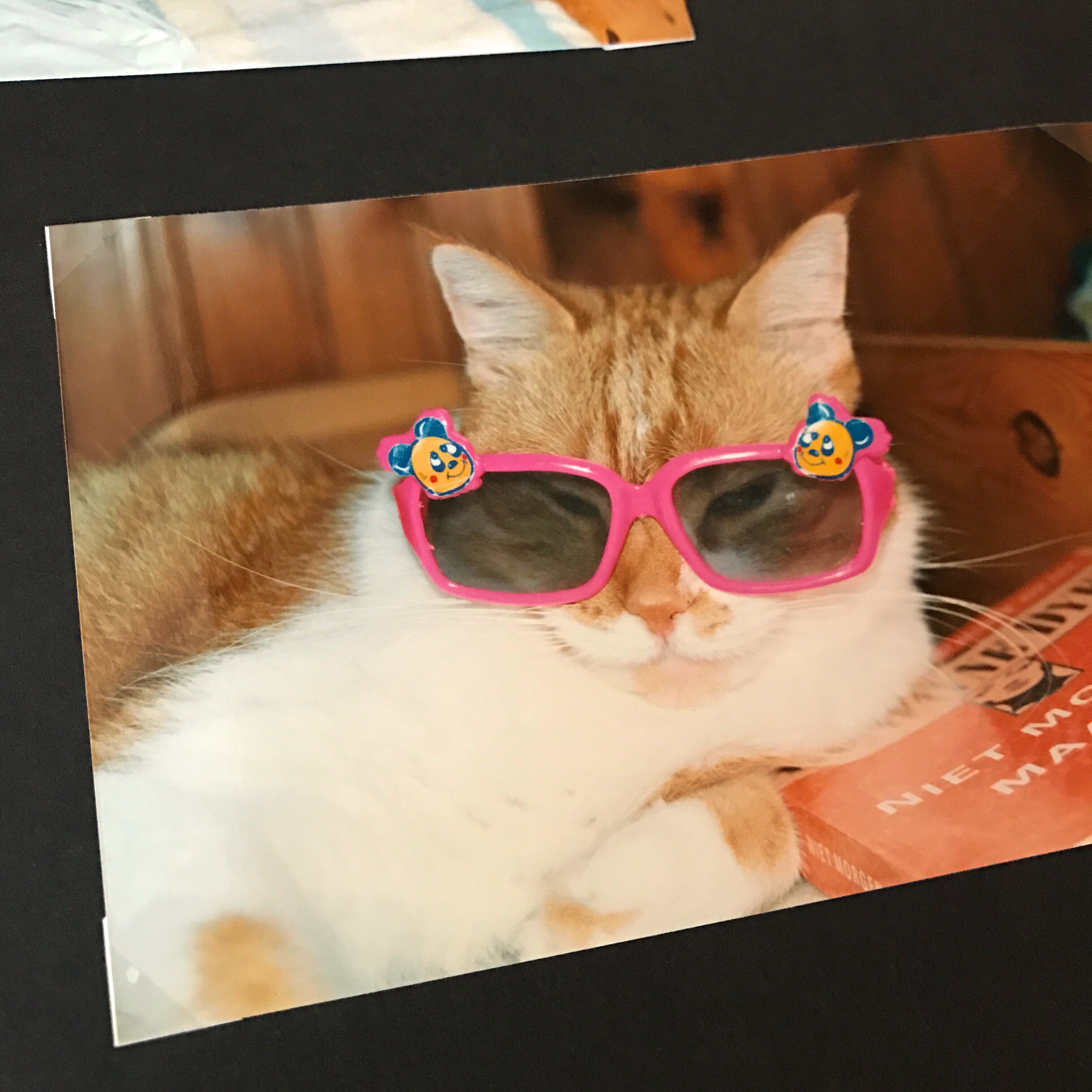 Even before the whole internet era started he (in private) had been most filmed and photo shoot by Jaco and Celesta. So both then already had a stupid photograph-your-cat-addiction. And when their daughter was born in 1993 the then little girl Rajacenna decorated the poor soul with all kinds of weird props, sunglasses, clothes and stuff.

According to the pictures I’ve seen here; he could have been really an internet cat-star.

That Mickey was a real hunk I think; too bad he isn’t around anymore. He became a well documented animal creature before the time of internet. 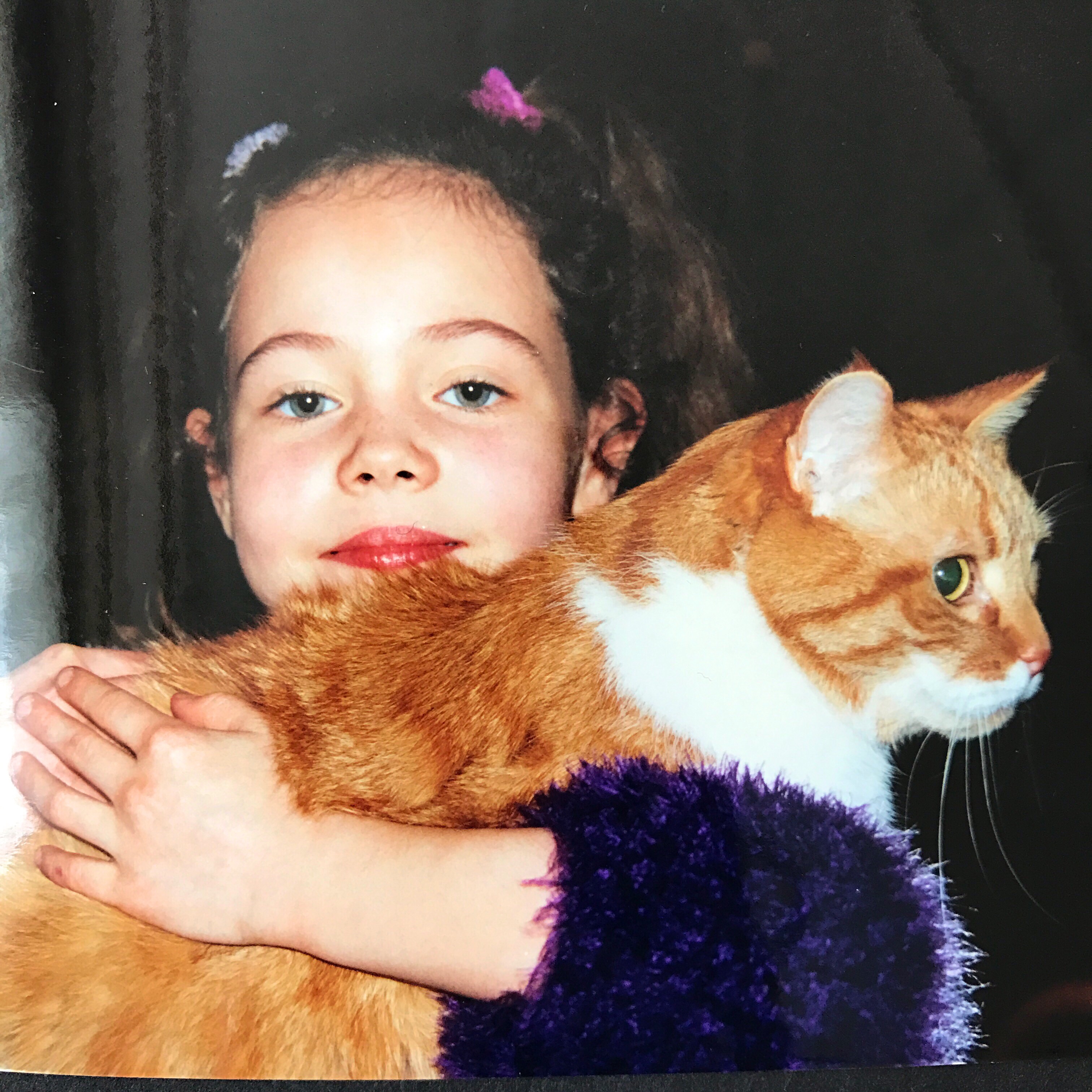 In the beginning of my staying here they sometimes even called my name wrong into Mickey instead of Isabella. Well I don’t often react to my name anyways so it doesn’t bother me a lot.

During his life with this family; Celesta apparently created some sort of cat allergy according to blood tests. Although she never experienced any major problems with this; she decided not to take any cats anymore. The family maintained that for ten years until this now older little girl (but still little in height) began to spam her mom with a thousand of cat pictures.

The crazy-cat-girl’s mom stood firm as long as she could. Well ofcourse then my little irresistible cute kitten face came into their life and I didn’t notice any allergic reaction from Celesta for me and my furry self. At least I think so; I assume those green and blue spots and pimples on her face are perfectly normal, isn’t it?

Well anyways if your human’s have high sensitive skin and can not bear to feel your furry fleece; I highly recommend to advise them to replace you by a quality model cat like myself. Haha too bad for you that you should give your human itchy uncomfortably and become one big haunting furry disaster.

We Persian cats for example have the perfect skin and hairdo for humans with allergies. Almost every (100% pure) breed has a skin in perfect condition which can not give humans any allergic reactions whatsoever.

That is if we are a pure breed and not some overly bred cat. Also because we only eat healthy balanced cat food it’s impossible that there will be skin flaking.

Just like you naked cats there will be no irritating substances coming from your skin and fur for allergic humans; btw isn’t it very chilly without having a coat on? I can be wrong but you could start your own naked cats clothes company with sweaters and stuff. 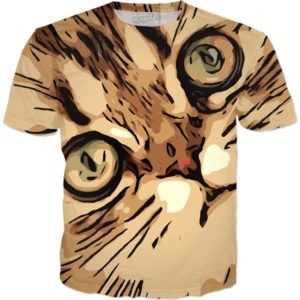