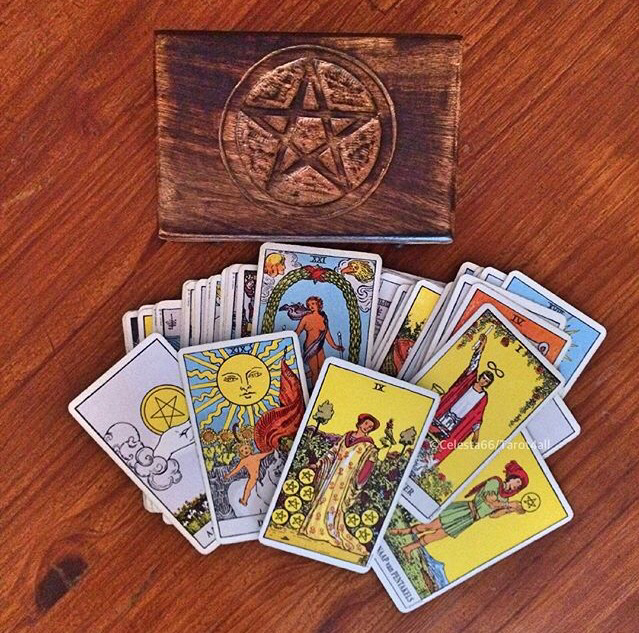 Tarot: once I found it wishy washy
Coffee, I never loved in the past; writing, I was not really very fond of; tarot, I always thought that was rubbish, boring, stupid and wishy washy.

Eventually I became the exclusive importer of an Italian espresso coffee in 1989. From 2001 I started writing and later on I also started studying and reading the tarot. How someone can change throughout life.

Although I grew up, from when I was eight (1974), in an psychic environmment because of my mom, for many years I was skeptical about the Tarot. Until it happened to cross my path and in spite of my disbelief I took the effort to take a very serious look into the matter.

In 2007 together with my daughter I watched a paranormal documentary on the subject of the Tarot. We were both immediately intrigued by the program; the manner in which they told about the tarot, totally made sense to us. That same week, husband bought a beautiful Tarot set for us and I decided to plunder the library for books on tarot. Where I once had a very limited understanding of card reading, now suddenly other doors opened and I found out that tarot reading was not quite so simple.

The tarot, based on the total life, may be put out in very complex explanations that can range up to more than two million different combinations. Obviously it is to your advantage if you yourself understands a bit of lifes issues, have sincere interest in other people and surely have gained some experience of life in various areas (and also have learned lessons out of it) to seriously structure an accurate explanation for a tarot question.

From 2007 until today practically every day I have been busy studying all the possible insights and explanations that tarot provides us. Tarot is so complex and extensive that with great passion I can and will continue deepening the cards and spreads the rest of my life.

In the beginning when I started to explore the tarot, I still remained skeptical and first wanted to do some major extensive testing with those magical cards. For months I did different tests with the cards every day. I wrote the outcome of the test in a journal and three months later I did the same spread. To my surprise, almost always with the same card results as three months earlier. Another test was actually a test that manifested itself quite naturally; when during shuffling a card fell out, I put it back, but once I did the spread this same (dropped) card (from 78 other cards) still reappeared. After many tests, I soon came to the conclusion that tarot could be creepy correct. The tarot was not so woolly as I had always imagined.

When I had spent half a year full days with the Tarot, I took the step to anonymously help people. This would again be a test and a lot of experience. I received a lot of requests and could barely keep up with everything. The readings which I did for people were a great success; I got the most moving e-mails and thanks from them. People were full of respect and gratitude that I had pointed out certain things and had helped out. That gave great satisfaction and also I experienced the puzzling with tarot cards a huge challenge which suited me very well.

As wishy washy I once found the matter of Tarot it suddenly took up a very serious place in my life.

Being an coffee entrepreneur since 1989 suddenly became of less importance and since then I am fully engaged with practicing and continued studying the wonderful insights Tarot can give.