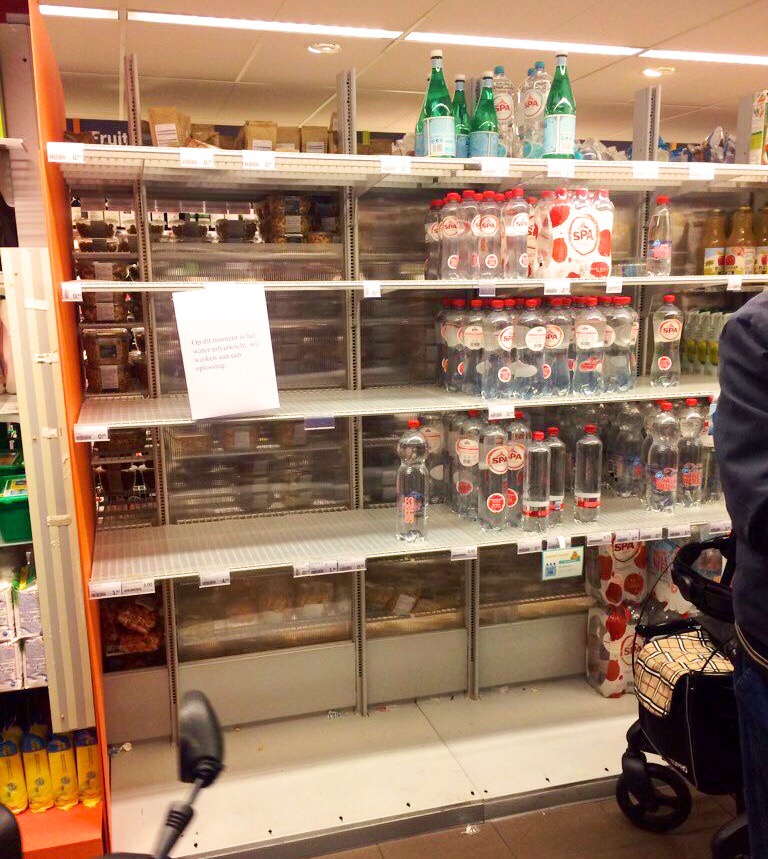 Since four days I live in a city (80.000) where people overnight in front of supermarkets, accelerate their shopping trolleys to knock over their fellow citizen and aim for the mostly empty source water pallet to arrive there first. As like they always do when the new iPhone is out, but instead source water is the target.

Women pulling each other’s hair out (as expected) fighting over the last source water bottles in town. Only they are not aware of the fact that they’re hoarding all of MY water and I didn’t give them permission to do so.

Why? Well I tell ya why: the city’s water supply company was too busy instagramming and facebooking that by mistake they let slip poo in the tapwater department tubes! Nobody knows how it happened because even four days later they still didn’t clearify how this exactly could have happened.

It just could be someone who brought along his dog and when they were too busy keeping up with their social networks, the poor dog had to poo. So during their service or repair work the doggie saw his chance on doing it’s need in one of the open tapwater tube channels. Who knows!

So now the whole city is infected by this creature called e-coli bacteria. It’s a nasty microbe and you can become real sick; especially when you are a baby, old person or human being with immunity problems. Which unfortunately the last one is my case. Hooray!

Now the whole city has got serious advice to NOT DRINK THE TAPWATER anymore until they killed the uninvited pathogens. Advice to 80.000 is when you use the tapwater: boil it for 3 minutes before consuming. And coffee and tea should only be prepared with boiled water from a small pan; like in the old days.

So in other words: while they’re busy, when they’re not instagramming, flushing away the creature from the whole tapwater tube channel system throughout the whole city with chlorine. You are to be expected to boil their free poowater with a touch of chlorine. But without boiling 3 minutes: wash your vegetables and hands in it and it is no problem taking a shower.

Does that sound good to your ears?! Well for many people maybe; BUT not for my personal flappies aside my head!

I already did use source water for my drinking habits since 24 years; before that I was Master in NOT drinking at all something ever on my day. But since I became ill in 1993 and I brought my baby in this world with an infection of that same e-coli bacteria, I educated myself on the topic of health and wellness. Yep after my newborn ate her own poo, because she didn’t wanted to get out my uterus, I instantly became wide awake regarding chemicals, so called experts and healthy food. 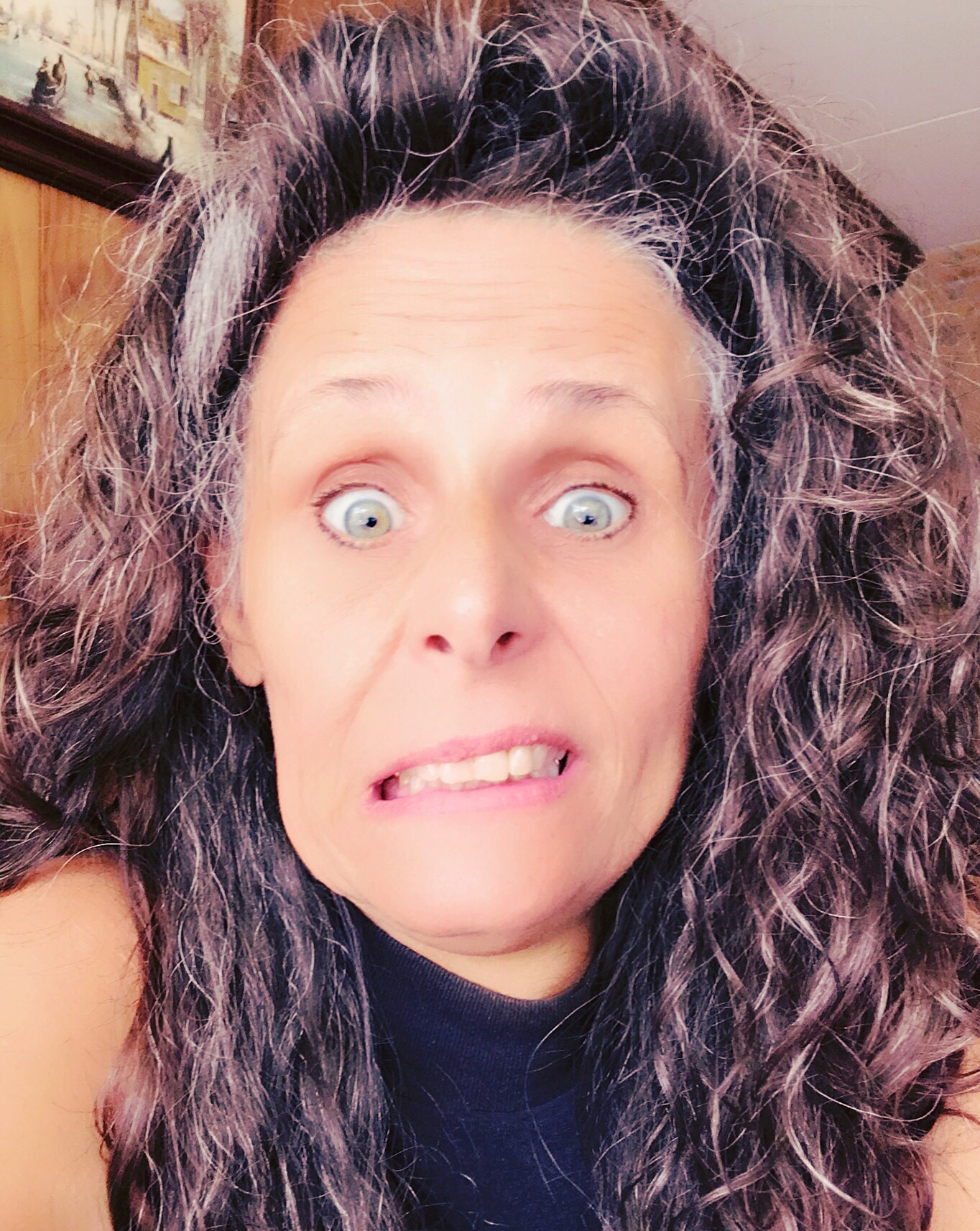 To come back to the limited source water supply which I need for myself and which fellow citizens are now stealing away from me in front of my nose. I NEED THAT WATER NOW!!! I have to use it for: drinking, cooking, washing my hands, doing the dishes and to shower myself!!!

I’ve seen people playing smart asses on Twitter by advising, or rather commanding, people to drink soda, beer or the disease maker milk. But you see; they don’t understand! I am allergic to all food and drinks you can think of so I most certainly are NOT going to wash my hands or my whole self in poowater perfumed with a huge amount of chlorine. I am NOT going to wash my dishes which touches my food and infect it with poobacteria!!

You see the thing is, what people don’t want to understand, that even when you boil the magic liquid of chlorine and e-coli poo shit; it maybe boiled and killed, but the nasty beastly organism still stays present in the water. Which means that you are going to consume the grubby new pet anyway.

And about the dishes and your hands and body: the bacteria likes your skin very much and will attach itself to you. Yes! Then it will multiply itself and will then discover every cell on your human body to party on. Don’t that sound creepy and gross to you?! To me it does! And for the dishes the same multiply reaction.

After people go for a swim in a chlorine swimmingpool, which I don’t do and only choose the salty swimmingpools, normally they shower themselves after that. They do that to get rid of the filthy chlorine that got stuck on their skin. 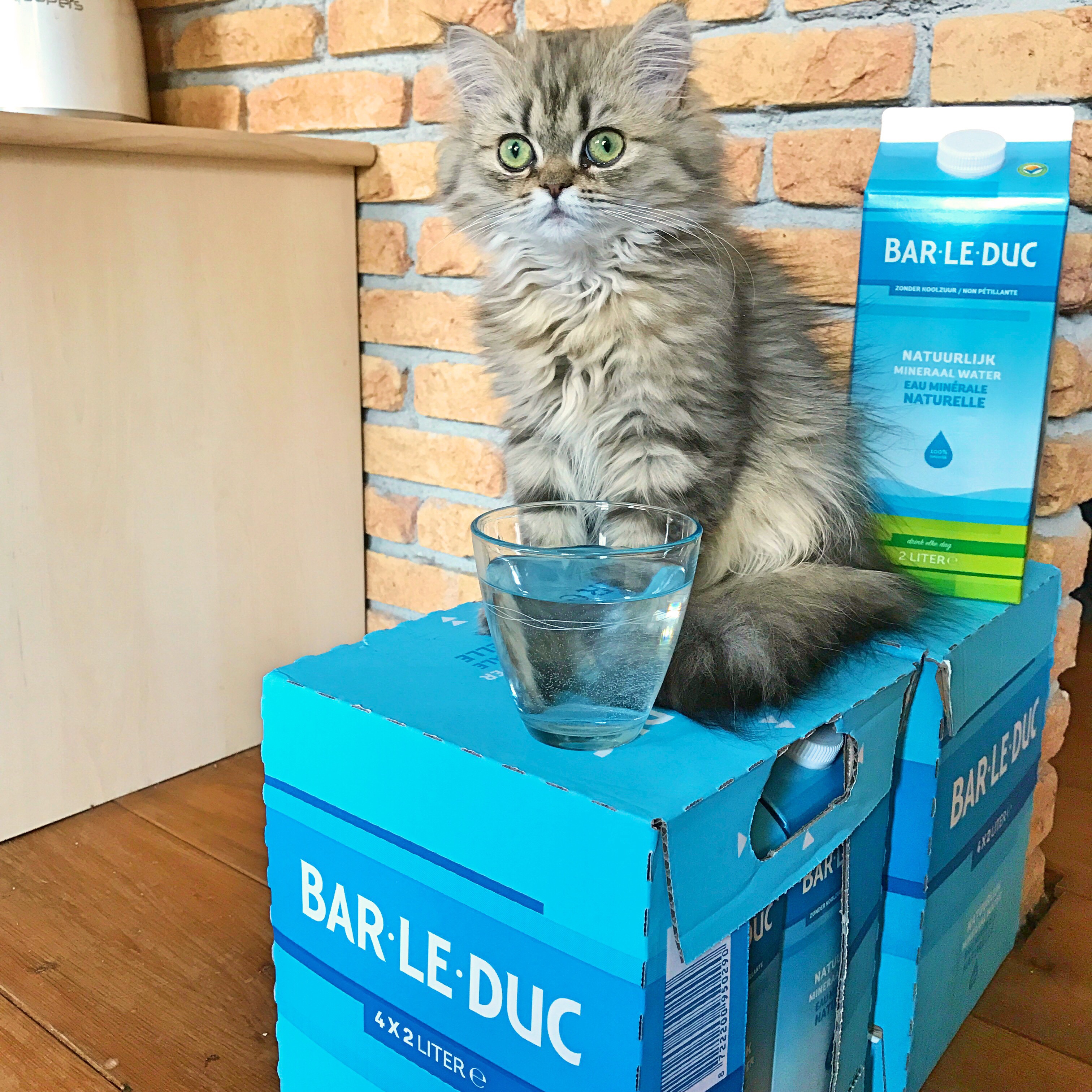 It is already overwhelming when you flush the toilet because of the immense chlorine damps. Even our cat, who often intend to relax in our bathroom, almost fainted of the dampy e-coli killer substance.

Sooo yes people I need ALL the source water from the supermarkets! I need to fill up my bath tub with it so I can be the only citizen in town who is NOT carry around a chlorine smell.

Unfortunately a bathtub needs a lot of bottles.