The ‘when life isn’t what you expected to be Look’ 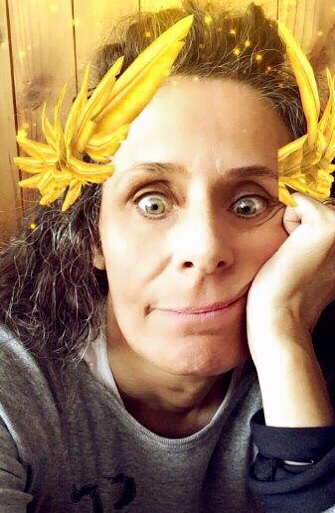 I have been nice to people for a really long time (my whole life), unless you mess with me, then I’ll mess back; but now (I mean in the context of I’ve really woken up now, anno now) they blew it permanent.

Not that you’re gonna read about that specific in this blog, because you’re not. Instead I will dance you the Crubabubbastrilla dance; ever heard of it? Me neither.

But don’t worry I’m gonna stay nice for the sake of positivity. And my family; I think they shouldn’t agree being recognized as mother, daughter and husband of that crazy embittered chaotic woman.

I’m not really embittered, or at second thought I am, but most of the time it doesn’t show because I am very good in hiding. Therefore I think I need an Oscar.

I am never in depressions or something like that, or bitch you three double up and down, although I would like to do that very much. I really can curse the whole Universe really well. And when I’m outside my home, I act like nothing happened and I transform myself in a kind old woman of 51. But don’t mess with me because I’ll eat ya’.

When I was very small, I was a sweet little girl (with a congenital hate for other women). I always had this moronic thought of all people being nice in this world. And also the most stupid hypothesis that life itself would be nice and fun too. I really can’t tell why I thought this way; it just felt logic to me.

Well…..what to say now…..; I won’t go into any details, but Life has been indeed really funny to me…for being nice at others except me. As you already read in ‘Don’t take life too serious; including your selfies‘: I do NOT agree with that, not to speak about I do NOT tolerate it.

The result is that I now stick my tongue out to everyone, so don’t get scared if my tongue catches your ear all of a sudden, I have an exceptional long one and I don’t mind anymore what you think.

I’m not really the kind of middle finger person, but I will beat you up right away if you deserve it haha. No ofcourse not…….kiddin’: I do am capable of doing that though (but that was the past). People got me to that point: yes.

I got harassed, became entrepreneur, got successful, became mother of a child prodigy, got sick in 1993 (still am) when I got her, went broke because of my sickness, got spit out by society because of an unknown disease (but I really think experts are the suckers here for not knowing what I have), would have been thrown out of my house 4 times, but my personal army complete with tanks prevented that (and banks are stupid), became weird and lunatic because of a daily doses of 1.996.456.222 dilemma’s, problems, stress and stupid people, who for example only bring people good health wish flowers if they REALLY have an official disease, climbed up the ladder again and in the present-time doesn’t give a ‘shat’ anymore about what she thinks, says and write. Shat??? Don’t you know shat? Well now you do; I invented it just now to replace the very negative sounding word (at least for my family) ‘shit’. Feel free to replace it back to shit if you want to.

As I stated earlier “….they blew it permanent.”. I was going to refer to this on some point in this blog. Except that…I forgot what it was hahahaha. 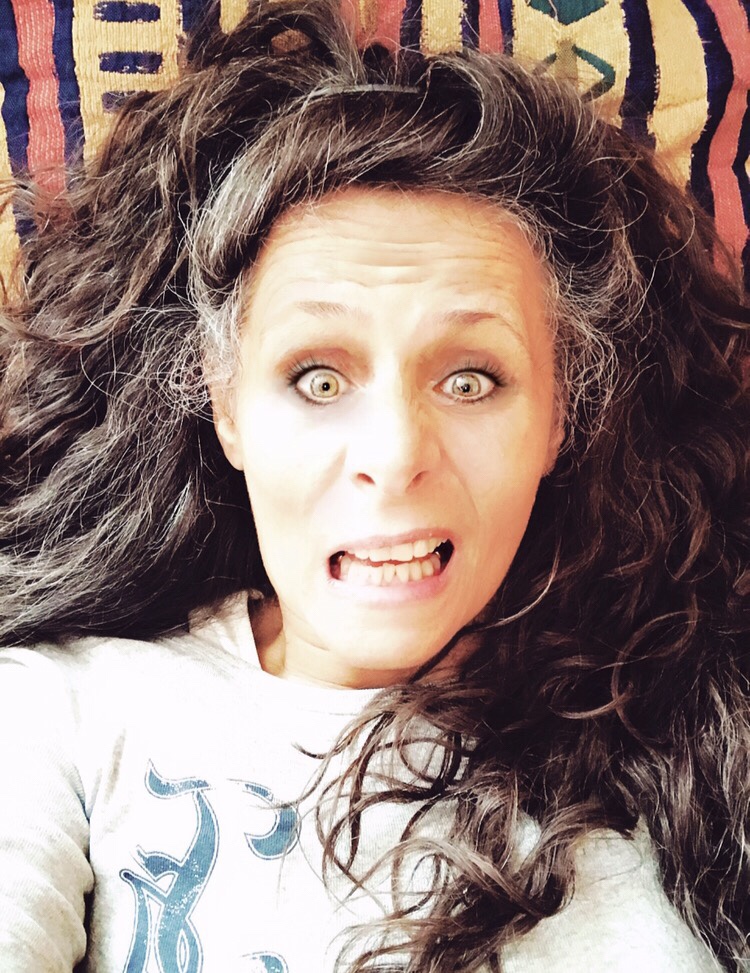 I could have told you that I had been in a huge vulgar fight, preferably a mud fight, and that she grabbed me by my hair and I grabbed her at her nose (she’s got a really pretty nose) and yelled “I want that nose” and something like “if you have totally NO empathy whatsoever you have to pay!! I hate people without any empathy (except autistic people) and I have enough of that in my life!” And during the fight we got all ‘selfiesh’ and taking each other’s picture in the most ugly and awkward poses to put out in the open social cyber world as revenge.

But I have to disappoint you; it’s nothing like that. It’s more like a sum of 51 years of dealing with stupid fuck people, family and “friends” inclusive occasional engagements, neighbors, followers and lost aliens. I hate them and if I were a cannibal I probably ate them too. Well I have to tell you though I am half a cannibal, but that’s another story.

And now I am about to write them all in my future blogs and tell them that they suck and are major f-people, because I want, I can, I don’t care, I will, they deserve it and they’ll thank me for showing them how you have to conduct yourself in life to be allowed at the Heavens gate.

I never in a million years would have guessed that I would become a frustrated person. But here I am, loving cats more than I love people.

It’s not that you can picture me being mad all day long; because that’s not the case. I’m always very cheerful and good-humored… and happy, bright, joyful, in good spirits and good-tempered and gleeful. Oh, I forgot: and crazy. Yes. Every morning I wake up with a positive attitude which most of the time turns around 180 degrees and then I yell real loud and then I laugh and joke again. Yep I’m pretty f-ed up you might say. 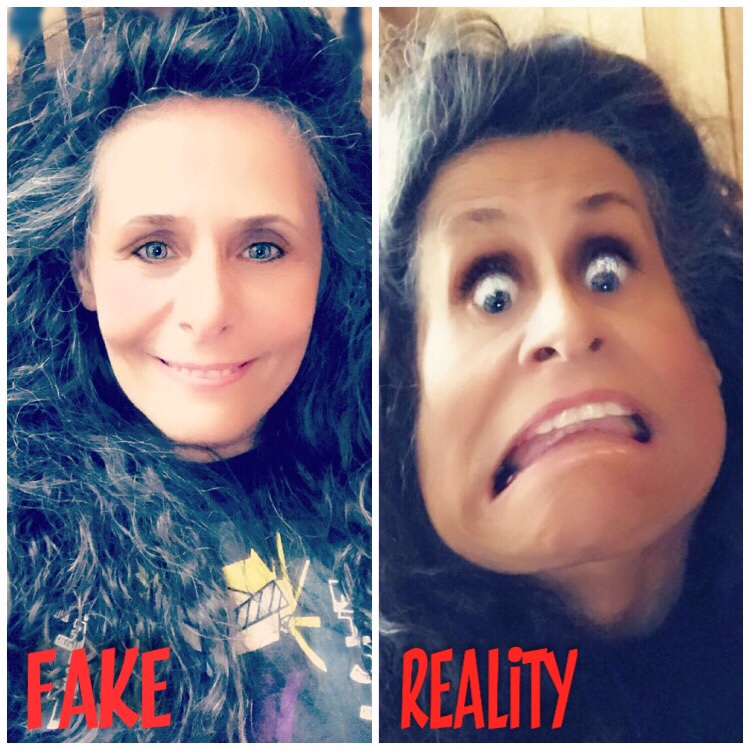 When I would meet you in RL I would probably conjure my nicest smile on my face and treat you with all respect. Unless you don’t deserve my respect ofcourse. But confession: my smile = fake! It’s all fake! Unless you are a really kind person, who I hardly ever meet.

But if you should meet me as tarot reader; you are in luck because than I am usually totally transformed in a neutral person. How nice of me don’t you think.

My work as professional tarot reader is at stake as I read this, but at least I won’t sell you bullshit or maybe bullshAt readings, which is a huge advantage for you. I know what I am talking about because I have a rather full backpack with experiences on many different life issues.

I know what it is to live with a husband who comes home with strawberries, cucumbers and white rice despite specifically having ordered toothpaste, tomato soup and vegetarian chicken pieces for the grocery list you made him.

And about irritating disrespectful bus drivers, I know all about that too; they really can boost your kick up system. When that happens: I bite their finger. Very HARD!! (True story)

Unlike Millenials my life took place outside the screen of a computer, laptop, mobile device or game console: it’s called ‘LIFE’ Millenials. Yes really; sounds scary doesn’t it. Yes! It is hahaha….Bboohhhh!!!

And if you ever meet me it’s gonna get even more scarier (is this an actual word? Maybe it has to be more scary or only scarier).

It is the REAL WORLD outside there, yyyess with real giant ants who drag you along corn fields (yes Millenials they grow in a nature field) to observe real roots which function like straws as commissioned by the corn plants.

And if you are too impatient to watch a real YouTube scene then million of ants will crawl over you and then they will find their new homes in your ears and places you REALLY would’t want them to be housing.

Then you will also meet herons (if they überhaupt live there) and not hero’s, if you are going to whine they will pick you so hard you would have a REAL reason to cry.

Maybe I should stop here making fun of Millenials although they deserve it very much; you little brutal spoiled Brats. A lot more people should teach you a lesson in REAL life. So you can be REAL human beings instead of lying, whining and sleep with your mobile devices in hour hand, manipulating the world with fake profiles and fake experiences or even without experiences.

But you want to know why I am so embittered and how I came to be. Well, maybe in the future I will blog more specific on various issues from this blog. Or maybe not. You never know; then you’ll do have to keep on following my website to get a chance to read it all. Success with that.

NOTE: If this post offended you in anyway; too bad. Grow up. Truth hurts. I sniffed too much chemical nose drops in the past, plus I am still under influence of snake poison (1993) and got possessed by snake demons also. So it’s not my fault.

Don’t take life too serious; including your selfies
h you can take the risk here: